Corporations don’t care about you. That’s not their fault. They don’t have feelings because they aren’t people. They’re machines designed to generate income, and even their creators aren’t immune to expulsion should they interfere with this directive or otherwise become a liability.

As a consumer, you’re a vital component of these machines. They want you as a lifelong dependent. Drug companies want you enslaved to their products. Social media companies want your lives to become so inextricably intertwined with their platforms that getting banned means losing the ability to function in society.

Of course, they have to humanize this process via propaganda utilizing the following style of illustration.

It’s used to soften lies and make bullshit seem like a good thing. It’s brainwashing, simple as that. It feels soothing and safe, and tells you things like “Eating your own feces is good, actually.”

It often depicts people smiling as they engage in various activities, which is totally gross. Sometimes it’s blue people with long, wavy arms, for some reason. 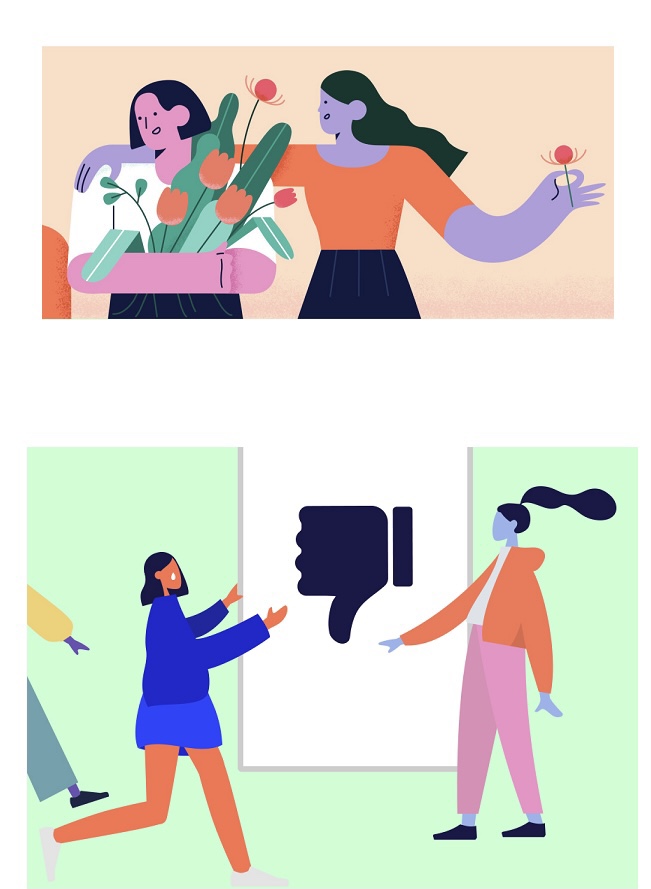 Behind every one of these stupid, seemingly innocuous little doodles is an entity with an agenda that includes complete control of your life. They want to industrialize humanity, have the masses exist in a state of total servitude to the wealthy elite.

That’s always been the goal, of course, except now they have the means to do so on an unprecedented scale.

How often do you speak something aloud, open your phone and then see an ad related what you’ve said?

It happens to me every day. Very odd, specific things that can’t be coincidental. It happens to you, too. Of course they’re listening. Duh.

All this Minority Report-style ad customization is supposed to be for our benefit, of course. The AI learns your preferences suggest purchases you may wish to make. It’s GOOD thing, actually. Take it from this serene individual.

Or this very busy person!

Here’s what things are going to come to, sooner than you think:

Your employer will have full access to your phone because you’ll sign some lengthy thing you won’t read that grants them this. You’ll also verbalize something “problematic” or politically incorrect in what you think is the privacy of own home or car, and that will be recorded by your phone and reported to your employer. Not verbatim, mind you(WE VALUE YOUR PRIVACY!), but as a “strike.” Collect enough of those and there will be disciplinary action. That’s a GOOD thing, actually! Accountability keeps us all safe! 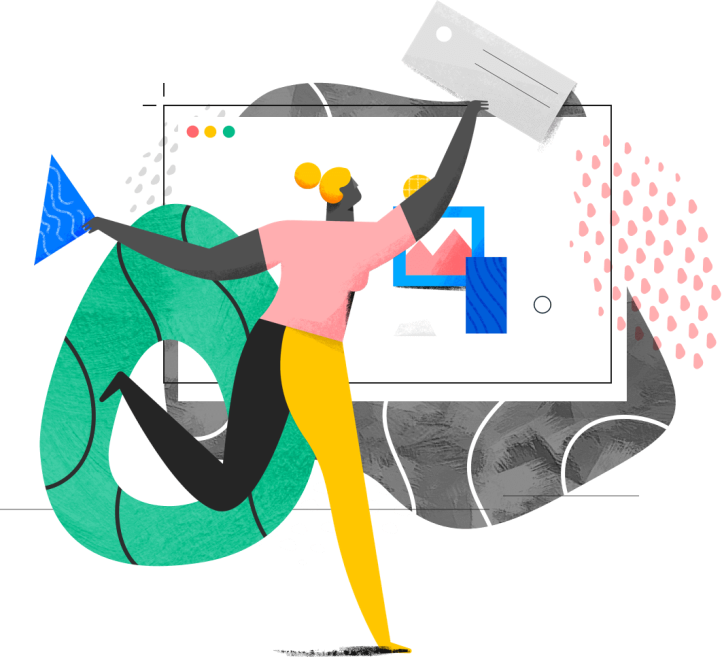 Your every conversation will be AI-monitored for trigger words and reported to the authorities, who will sift through your cloud with an insta-warrant. Even if the conversation turns out to be something innocuous misinterpreted by the AI, they might find something else. It’s a good way to sweep people into for-profit prisons.

Your phone/smart watch will monitor your health as best it can and report that data to your health insurance company.

You’ll see yourself deepfaked into commercials and movies as your smart TV utilizes facial recognition software to insert you into iconic, nostalgic film roles. People will love it. They’ll trade their privacy for the ability to see themselves in Star Wars.

The pandemic has enabled big tech and others to accelerate this process of mechanizing humanity. For two years, small business have been utterly decimated while major corporations’ profits have skyrocketed. We get everything we need from the big boys, and that’s how they like it. Sure, they’ll claim otherwise in big-budget, star-studded “We’re all in this together” virtue-signaling ads. Stop believing it. It’s fake. Every word of it. It’s not real sentiment because it can’t be.

Good news, though, these avenues of mass manipulation can work both ways. Think about it.