I’ve always loved TV shows that came and went before my time. As a kid in the 80s, I’d soak up four hours of Nick At Nite without batting an eye.

It isn’t that TV was better then, because it really wasn’t, on the whole. If we’re being realistic here, casting aside the nostalgia factor, TV is in its second golden age with dozens of programs that far exceed the quality of currently released motion pictures.

Still, there’s nothing quite like “the Twilight Zone.” I mean, come on. To say that TTZ was ahead of its time is an understatement of epic proportions. It’s an amazing show in any era. It’s timeless.

But the quality of shows like Zone, Star Trek, the outer limits, etc isn’t what I’m focusing on here. That alone is reason to watch, but there’s something else.

I find it comforting to retreat into the distant past, away from all of the bullshit of the present.

I want to stroll into Floyd’s barbershop bullshit around with Andy, Barney, Gomer and Howard and forget all about the fact that people are talking about eating Tide Pods.

I want to beam aboard the starship enterprise and explore new worlds and new civilizations where no man has heard of Donald Trump before.

I want to live on the Tardis. Oh, sure, it doesn’t look like much, but he’s got a swimming pool in that thing!

I want to eat cheesecake with the Golden Girls and hear ridiculous stories about St. Olaf.

There’s a certain warmth and innocence to these shows that can’t be duplicated today. We’re too jaded. We expect so much gritty realism from our tv shows now.

And that’s great, I do enjoy that. But not at the exclusion of these classic snapshots of popular culture. There’s room for both in my world. And by the way, Spock lives. 🖖🏻 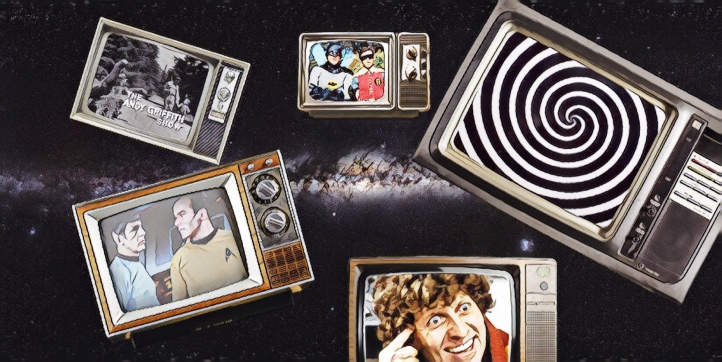